It doesn’t take much effort, but it does require intent.

All of the typical flatwork patterns found in a typical freestyle game can be purposed towards shaping the leaping catch. The only pattern that is tough to purpose towards the leaping catch is a simple toss and fetch throw out in front of you.

The Around the World is a terrific leaping pattern that puts the pace and speed regulation of the dog front and center. The dog is always on a loose flank and there is no starting and stopping involved. The dog is also looking in at the handler, stalking the disc to make a throw happen. There is no intent or need to run away from the handler.

The number of strides can easily be regulated with each throw and an interception angle of the handler’s choosing can be created to shape the catch or challenge the dog.

Think of each throw as a spoke on a wheel. The dog should move, on a smooth arc, to intercept that radial toss. Attempting to maintain the arc and ring of reinforcement that keeps the pattern round and smooth is terrific practice that can test your understanding and imagination.

The Zig Zag is the traditional pattern used to exercise leaping. It’s terrific as well.

Setting up a straight line interception at a manageable distance from the handler, the Zig Zag allows the handler to regulate the number of strides the dog takes while controlling the speed and scale of the throw.

Make sure the tosses of the Zig Zag are made as Flanks, and not as passes. Remember that a flank is moving with the handler. Try to ensure that your Zig Zag doesn’t result in dueling Passes, as the chasing coefficient of a Pass reduces the control over stride and speed regulation and collection and decreases precision in reward placement.

Aggressive dogs can come out of the turn super fast, like a dragster, and the short timeframe and distance available in the pattern can make this timing and speed troublesome for delivering a throw on the Flank. Remember, if the dog goes, don’t throw. But if you don’t throw, then the pattern falls apart or your flanking, intercepted toss turns into a Pass that winds up being chased by an aggressive dog. And therein lies the rub with the Zig Zag as leaping drill.

Work off the cued Drop and deliver, with intent, a floating, hovering disc at 3-5 strides from the Drop.

The Pendulum pattern consists of dueling arounds – clock then counter – that result in throws to the flank. This is easily turns into both directions of Making the Play. It gets wonky switching directions after the interception out front, and the pattern can fall apart without some handler movement, but the basic idea of the Clock then Counter Clock expressions of the leaping catch can be an amazing tool for dog, handler, and team to shape and reinforce the leaping catch.

Putting the example and the non-example, or the easy and hard expression of an extremely similar skill can do wonders for creating understanding and physical ability. The similarities of both skills come together and gel and the differences separate themselves, clearly. Working both direction also gives the handler and team great intelligence on the leaping skill in regards to direction.

In order to make this skill happen while maintaining some semblance of the Pendulum pattern, send the dog around and have him get out, deliver a throw or rely on your already loosened up flank, and then Make the Play to the center of the field.

When the dog makes the leaping catch, simply pick the dog up on that flank by turning in the direction the dog is already moving. Usually 90º will work, so if you’re going clock and make the Play at 12 o’ clock, just turn to 3 o’clock with the dog. Once the catch has resolved and the dog is heading back to the handler, it should be no trouble at all to ask the dog to go around counter clock from that position. Bring the dog around counter, get out, deliver at 12 o’ clock and follow the dog counter until 9 o’ clock and repeat. Boom… Pow!

Be sure to use a throw that resonates with the dog’s direction. Throw a back hand while Making the Play clockwise, and an overhand wrist flip or sidearm toss while working counter. You want the dog to see the disc right out of your hand to establish a connection and to control speed, stride and collection.

The PVR is the same as the Pendulum except it uses a Working Flank instead of a Go Around. So you will be pulling your dog around with Basic Flatwork Position instead of using the Around set up move.

It is a little more groovy, and works well with dogs who do not go around in both directions yet.

A Repeating Rear Cross is a smooth and useful flatwork form for shaping a leaping catch. The key here is to get the dog to turn softly, to arc through the turn, rather than to simply spin our or spin around. A well coordinated Rear Cross is like a go around at a distance and performs the same timing function with more flexibility as to position because it doesn’t need to start at your heels.

Once the dog performs the Rear Cross be ready to Make the Play with an intercepted toss in front of the handler.

General freestyle pay has less opportunities and situations for shaping the leaping catch, but those situations and opportunities are still there and should be exercised. Out throws are glory, not afterthoughts.

If the dog is standing in front of the handler and you want to make a throw, choose your placement wisely. Try to set up some kind of intercepted toss, on the Flank. Think about the flank tosses in the Flatwork Compass. Deliver the disc to a distance that creates a sensible approach to the target at about 3-5 strides.

This is more proofing than shaping or learning, but it is a good challenge that is achievable. It’s a good technique for testing or enhancing the team’s shaped leaping skills.

Anytime the dog is working with the handler on the flank the throw can be made to elicit the leaping catch. Resist the urge to chuck one out there and don’t let the dog bolt on you and force you to puke out a throw. Deliver throws from the working flank that can be intercepted and that don’t trigger too much of the chasing behavior.

Stay cool and calm and deliver the throw. Intend to make the dog leap from the Working Flank.

A Rear Cross should not spin out or spin around. It should turn and arc. Let that movement set up, get on the working flank, then deliver the intercepted toss for the leaping catch.

Then is a key component to leveraging the Rear Cross towards the leaping catch. If the throw happens too early, as the dog is resolving the arcing turn, it is likely to set up a chasing catch, reducing the handler’s ability to control speed, stride, and collection.

Zooming Out and Wrapping Up

You can’t shape a leaping catch if you don’t intend to make it happen. Intend to throw so the dog can leap for the catch. Choose a discrete spot. Budget in the timing. Keep your dog’s stride length and drive level in mind. Set up the interception.

You can’t make leaping a habit if you don’t intend to do it.

Keep the pace of the disc, the dog, and the game in mind and deliver throws that control and regulate speed. Keep the speed down and the pace at a level where leaping is possible.

Regulation of speed is the key to habitual leaping catches.

For intractable issues like a super high drive or highly pattern trained dog or undoing a career long habit, 10-20 reps might not be enough of a data to create sensible or successful adjustments.

Give yourself, the dog, and the team time to get a handle on the situation before you go and make more changes.

Remember that Reward Placement is not only about space, but it is also about time. Endeavor to deliver discs to the right place at the right time.

Don’t forget about the late read by the dog. Teach the dog to read the disc late and then, intermittently challenge the dog with discs that must be read later in the catching behavior chain. Upside down tosses, hyzer and anhyzer throws, and even poorly made tosses can be critical to shaping, maintaining, and retaining the habit of the leaping catch.

So you know some of the concepts and functions of the Leaping Catch. You can throw with precision and accuracy in both space and time.…

The Pendulum pattern is created using alternating clockwise and counter clockwise “Arounds”. This balanced approach slows the dog down and helps dog and handler hook up as a team on the flank (out to either side of the handler). 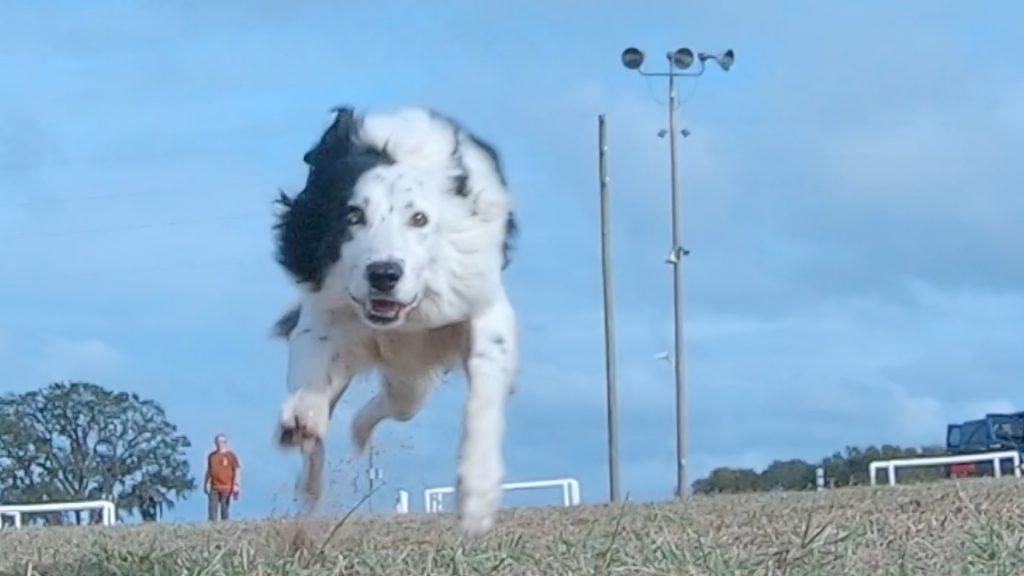 Patrons Only Sneak Peek… Public Access Jan 11th | Get Out and Look Here are both starkly contrasted with GO!. When the handler says,”Go!” the dog should believe the handler and go in the intended direction.

A Go cue is rather simply conditioned. Just say Go and throw – really far. Putting the dog consistently late to the play will cultivate a desire to leave the handler entirely and move in the likely direction of the catch.

The Repeating Rear Cross is a flatwork pattern for training and performance. It allows dog and handler to move around the field as a team… 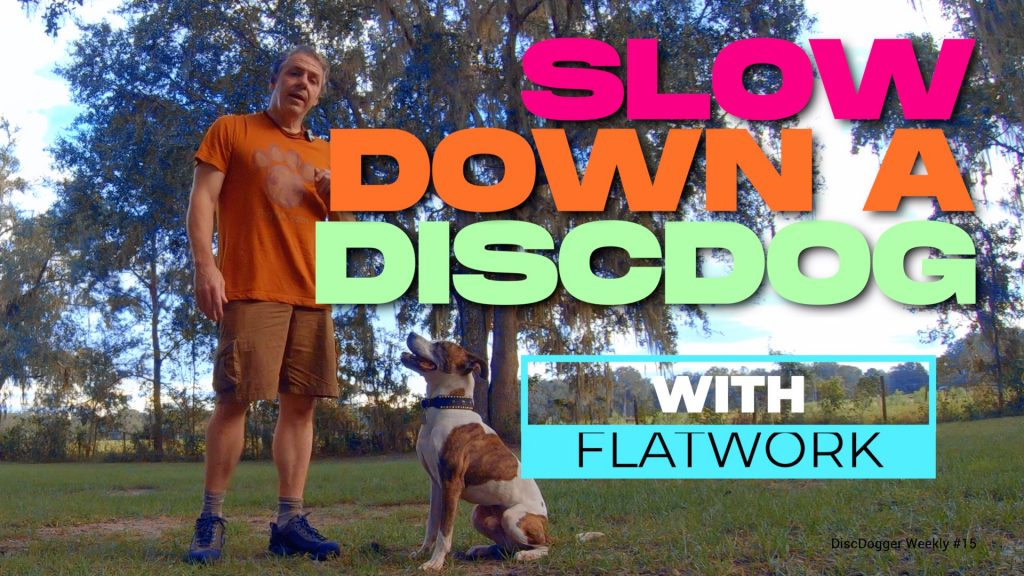 Obi has come a long way. He is paying attention to his handler, he’s following his handler’s movements and respecting and responding to positional pressure and body language. As a result he’s playing much more safely and successfully, and his leaping is coming along. That said, he’s still apt to get ahead of himself and run too fast. This could easily spiral out of control and lead to a return to unsafe and unsuccessful play. 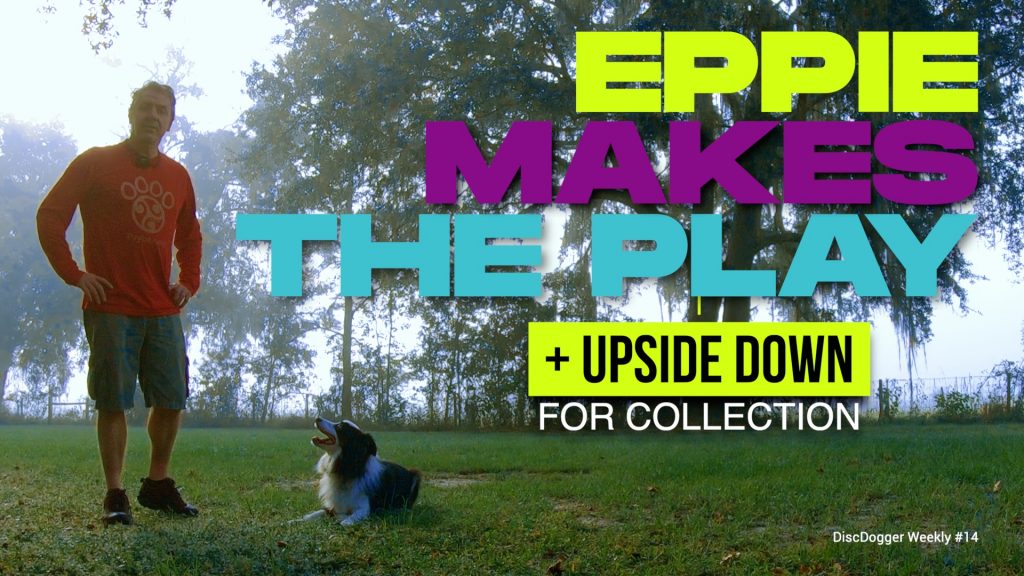