Holy moly! Last weekend was pretty awesome. Nothing like leaving the frozen tundra behind and landing in beautiful Ft. Meyers for 3 days of intensive dog training with dog sport enthusiasts.

It was a Herculean task – 21 working teams with 4 reactive dogs – and we wound up delivering 84 15 minute sessions per day on a variety of foundational dog training skills while simultaneously delivering the Pawsitive Vybe.

This is the first of a few posts I will be making about this awesome weekend of training. I want to share the event with everyone and also want to wrap my head around the whole thing and get my thoughts in order.

It’s a pretty ambitious outline, it made me nervous when we were expecting 15 or so working spots and made me even more nervous when I found out we had 18. A couple minutes later, I got a chat message asking if we could do 21,”Sure, what’s a few more…” was my response.

We had planned to use pedestals (raised spots) to localize the dogs so we could do working groups of 5-7 dogs, so it really wasn’t a huge deal in terms of time or organization, but both Apryl and I were not really sure if we could pull it off or not.

The plan was to use pedestals to localize the dogs as we delivered our introductory instruction and to use the Pedestal work to illustrate and expand upon the verbal instruction. We would go through the Trainer’s Toolbox and the Theory sections, and by that time the dogs would be stable enough to handle the Pedestal behavior in the presence of working dogs for the practical section where we would spend the rest of the weekend.

We would break out groups based upon their dog’s needs. I planned on 4 groups and 15 minutes of time working per group with the last 15 minutes available for any reactive dog work we might need to do.

The idea was to do 4 15 minute rounds per hour, and get as many of those rounds as we could throughout the course of the day.

One of the hard things about doing behavior seminars is getting people to see how this stuff is going to help them with their dog training. Early expressions of behavior are not always strong enough for all to notice, and believing that a small philosophical or practical difference actually can dramatically change your work often requires some clear visual proof.

I was quite concerned about getting the camp participants to buy into our ideas with such a diverse group and given that we would be working with 5-7 dogs at a time in an active environment.

We really lucked out by having a group that were coming to train on Friday. We had 7 working teams, I think, on Friday, and they allowed us to get our feet wet with our plan and gave a substantial portion of our campers experience with the skills and exposure to the ideas we were going to share. This early bird group was invaluable to keeping the seminar rolling and giving people some visual proof of the PVybe pudding.

In addition to providing some proof of our training, and ready made receptors (and questions) for our training theory, this first group provided a roadmap and motivation for the people who came on days 2 and 3 of the camp.

We ran the early bird group first and kept them 1-2 steps ahead of groups 2,3 and 4. So each time the early bird group came out there was something new being taught and explained with teams that kind of knew the drill and who had some exposure to our foundation. The understanding that this skill is what groups 2,3,4 would be doing in their next round helped to keep the gallery focused and engaged on both the training and the instruction.

Starting with experienced teams who have already made progress on issues and who demonstrated the type of handling we were looking for really helped to answer a bunch of those questions about how this stuff applied to your dog or your training. This effect increased throughout the weekend and helped to make success and understanding a trending topic.

Our early birds and their success and competence provided a worm that the birds who came later in the weekend missed out on. A missed opportunity is a powerful motivator and seeing is believing. This worked out quite well for the weekend. 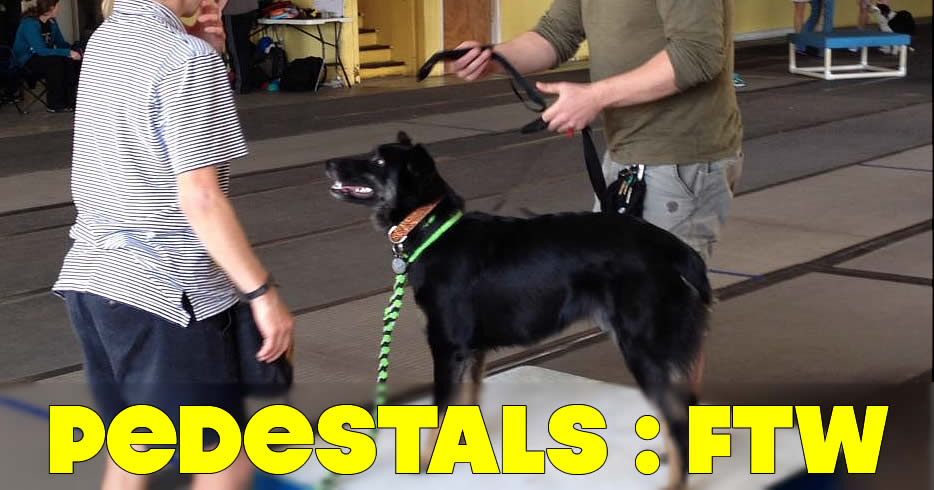