What a whirlwind couple weeks. We’ve been super busy and not able to keep up with our online presence. Lots of stuff has gone down and we’ve got lots of stuff coming up and we thought we’d share that with all of you.

Camp was just a boatload of fun. Campers from NC, MI, Florida, France, China and Illinois attended this years camp some for the second time.

It was a fairly noobish bunch, lots of foundation for most combined with tons of positive training philosophy, theory and practical applications. Starting at about 9am and running until well past 10pm several nights, the days were jam packed full of instruction, jamming and camaraderie.

By Sunday, everyone was toast: handlers, dogs, and teachers alike.

Special thanks to Dognabit the Lucky Dog Bakery and Turnadaisy for the awesome food that kept all of us going throughout the week.

It was an awesome week and we thank everyone who was a part of this event for making it special.

Those of you who were unable to make the trip, keep your eyes peeled. We’re going to be taking this show on the road and coming to your neck of the woods soon. We’re working on Disc Dog Retreats in Tahoe, Big Bear, Stowe, Aspen, Florida, and the mountains of NC.

If you know of any cool dog places in these areas or of anything that might be of help in making this happen, give us a shout and point us in the right direction.

Well alright, they were just commercials, but the dogs were totally stars…

Right before Camp Hops, Ska and Soupy were selected to do some filmwork for Bissell for some commercials that they’re shooting for some new products their unveiling.

Bissell is headquartered a few miles from Pawsitive Vybe HQ in Grand Rapids, MI and they do quite a bit of work with local rescue dogs.

The casting call was at their Pet Spot, a fantastic facility attached to their corporate offices where employees can bring their dogs to work with them.

Our dogs killed the audition and were given the starring roles 2 separate shoots – one for Pawsitively Clean, a new line of pet cleaning products and one for a super secret project they have going that we are not at liberty to talk about.

The shoots went real well and we made some great connections with media production companies. We are looking forward to working with all of these great people again as well as having a working relationship with Bissell.

This last weekend Apryl and I were hired by Abby Cline of Pawsitive Vybe Fargo to do a disc dog event in Canton, MI.

2 Years ago, Abby was an intern here at Pawsitive Vybe and now she’s hiring us to work for her. How cool is that?

Abby and Andrew Han of PVybe Milwaukee have been working across the country doing disc dog shows for Chris Perondi’s Extreme Stunt Dog Show and have become quite the entertainers.

We slapped the show together on Friday and did a few run throughs. The shows went off without a hitch.

It’s great to work with Professionals.

Abby, you Rock! Thanks for the opportunity. It was a blast.

Apryl Lea is currently (as in right this minute) working on the trophies for the Ashley Whippet Invitational World Finals. They’re really awesome!

We’ll be heading out Friday morning to drop them off to Matt DiAno and for the Qualifier in hopes of getting into the big show. Apryl will be running Kiva, and I will be running Juicy Juice, as Leilani has torn her pads and is going to be unable to compete at 100%.

That Friday Qualifier is going to be something else.

Apryl will be going out there to work with Bernice, the staff Behaviorist on some stuff and to discuss the project. Apryl and I are very excited about this wonderful opportunity.

We’ve got a lot more on our plate, B&Bs, seminar projects and it looks as if Apryl will be going back to Paws With A Cause in the middle of October. There’s much more, but this will have to suffice for now. 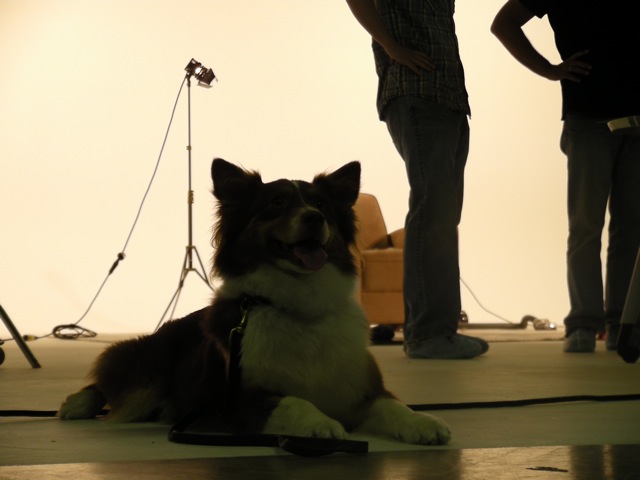 The shoots went real well and we made some great connections with media production companies. We are looking forward to working with all of these great people again as well as having a working relationship with Bissell. 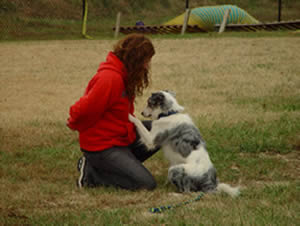 Ron Watson comments on disc dog instructors in response to a status update by Lawrence Frederick on Facebook.