Here are Layla and Ron working on Transferring from Treats to Toys with Set Up Moves and some Flatwork. Layla is a serious car chaser and we had quite a bit of traffic. She’s was a sprung monkey before we got out to the pasture. Had we not needed to film this, we would have went back inside and tried again later.

This was Layla’s 3rd session of Set Up Moves. Total time 9-12 minutes. We didn’t work position, although Apryl has put Heel on her, and we had not worked any Flatwork Foundation.

The plan with this video was to work some Set Up Moves and maybe some Flatwork and to demonstrate the mechanics of moving from Treats to Toys. Put some reinforcement on Eye Contact in the presence of a disc and Rewarding with Action was to be a major too. Not much else mattered.

You’ll notice how loose the session was in terms of control over Layla. She was pretty aroused and not really in a great frame of mind for work. She was doing a million things at once and could barely control herself. It would have been easy for me to try to corral Layla up and really try to control her actions.

Instead, I pretty much let her do her thing and captured behaviors that I liked and rewarded those marked behaviors with the action of working. I avoided problems and focused in on what was important during this session – shift from food to toys with our Set Up Moves.

I sometimes tap the discs together to further reinforce the transfer of target, essentially the base level concept we were shooting for with Set Up Moves for cookies, but I don’t think it’s the integral part. It does help with some dogs though, that sound of the discs hitting and the sharp movement they display when they crack together is a real turn on for some dogs.

Reinforcing Layla with the opportunity to perform the target behavior made for an extremely efficient session. Layla didn’t have time to get off track and distracted by the noise of the traffic. Her reorientation to the handler was captured and the reward was the ‘Go Around’, avoiding entirely the problems of getting in the proper position, the wait, and trouble setting the hook on the lure. Capturing the reorientation and reinforcing with the opportunity to perform a ‘Go Aroud’ behavior added value to both the reorientation to the handler and to the Set Up Move.

The Drop of the disc by Layla was rewarded with the action of a Set Up Move or some Flatwork as was Eye Contact. We had several behaviors feeding into the Set Up Moves and Flatwork, which means we could get a relatively decent rate of reinforcement despite Lalya’s anxiety, lack of experience and high state of arousal.

Reinforcement will be in the form of tossing the toy, when the handler wants some space, or a bite and tug on the toy when the dog…

Choosing Target Behaviors for a freeshaping session with multiple dogs. 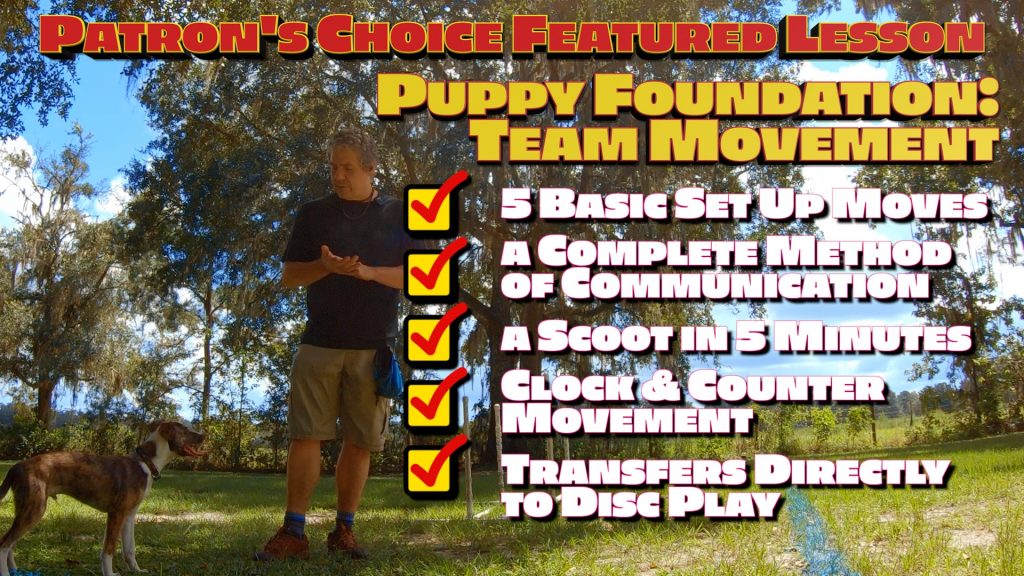 This method teaches a puppy everything they need to know about Team Movement in 5 minutes and immediately translates to disc play. It delivers 5 set up moves for interior Team Movement (one of them being a Scoot) and is a complete communication method for all Team Movement. It is one of the first things we teach a puppy.

There are a bunch of approaches to handling reactive or distracted dogs. Regardless of what methodology you use, here are three simple things you can do to become more successful with your reactive dog. 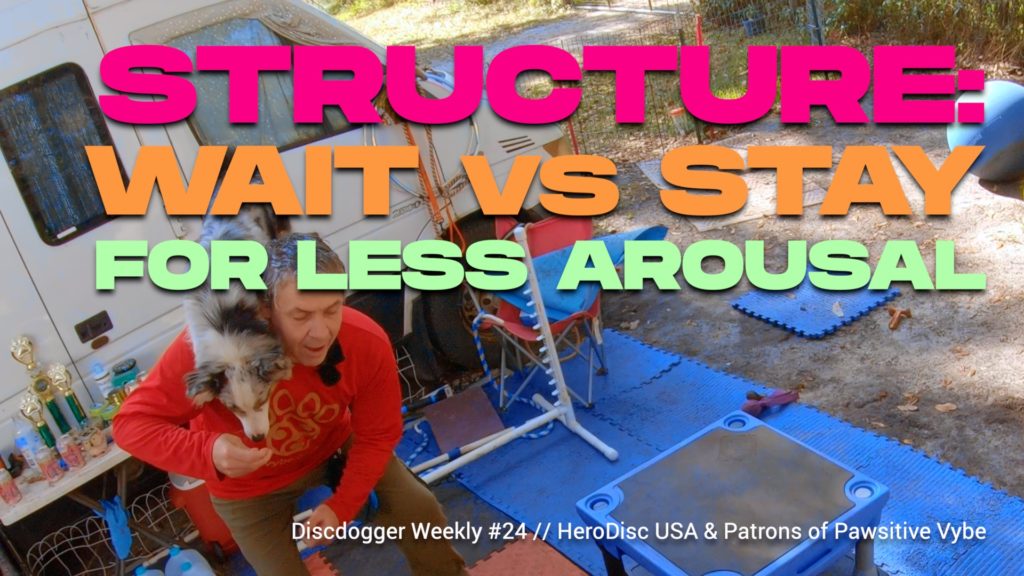 Session 3 with Motown shows a significant reduction of arousal and a marked increase in Drive. Drive is energy and action applied towards work. Building off of Session 1 and Session 2, we’re moving forward with an increased level of criteria for the target behaviors and are adding Attention, or unsolicited eye contact to the mix to add some additional structure for further reduction of arousal and increased Drive.

Treat to Toy Transfer with Layla