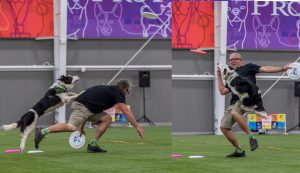 If you are timing your vaults, you are trying to hit a bullet with a bullet. “Was I late,” is a phrase loaded with meaning. 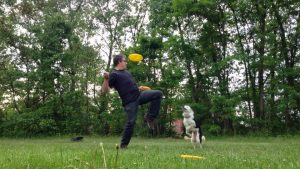 Vault Mechanics and Communication | A Sequence of Visuals and Key Concepts

Disc Dog Vault mechanics and communication as seen and taught by Pawsitive Vybe. 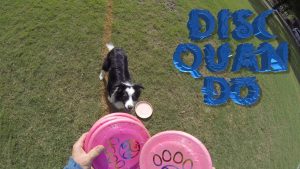 Ron Watson & Epic talk about and demonstrate the keys to Reverse Vaults, aka: Rebounds in this Friday Night Cookie Jam Session. A Pretty on a Pedestal is also included in the session. 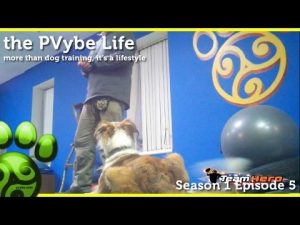 Big Over Foundation with Loot

Here’s a recent training session with Loot that features some Yachi Method things we learned at Camp Hirai. This drill is pretty standard, but the

On Disc Dog Vaulting – How to Never Be Late Again

Odds are if you’re a disc dog freestyler, I have your attention. The timing of vaults is critical to success and safety. Poor vault timing, 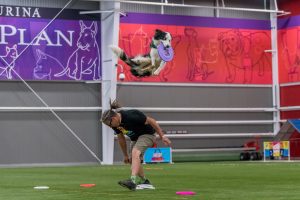 On Separation in Disc Dog Freestyle

“When a ball dreams, it dreams it’s a Frisbee.” ~ Stancil Johnson Disc dog freestyle is about dogs chasing flying discs. It is exciting because 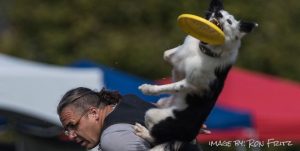 Wait The most important skill for successful and safe vaulting is a solid Wait. The End. A solid wait is the key because a vault 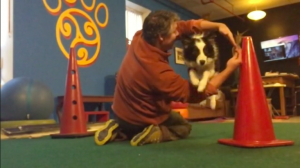 Trick to the Trick: Prompt Switch The prompt switch is a technique used for changing a cue from one signal to another. To employ a 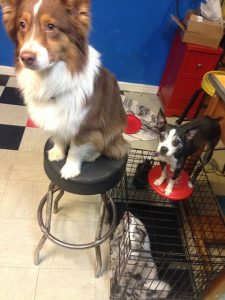 This is what we call a pedestal circuit here at Pawsitive Vybe and we use it for rear end awareness. In the video, Ernie & 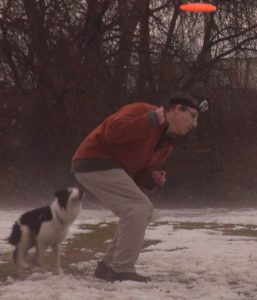 Here’s a quick little hit with Loot. Working on proper vault timing. Notice that the disc is in position before he has left the ground.

Flag and Flash Cuing is a cuing system developed by Pawsitive Vybe for teaching dogs to leap over and off of their handlers. The quick and dirty Over and Vault applications are great. Pro discdoggers should have this tool in their toolbox for sure.

Timing for Big Overs and any vault is early, early, early! Get the disc up early, before the dog leaves the ground so he makes…

A Litany of Too Late and Too Low

Apryl and Ron Demonstrate various degrees of poor placement and timing on vaulting skill in the snow at the Farm. This was supposed to…

Discriminating between Vaults and Overs with disc placement. Dog >> Target >> Obstacle for an Over and Dog >> Obstacle >> Target for a Vault…