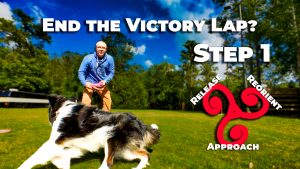 After a dog catches the disc they break off the attack and move to regroup or to a ready position. The movement after the catch can be called the Release. This Release, how it goes down, is important and it can go down in bunch of different ways. Some dogs perform a massive Victory Lap… 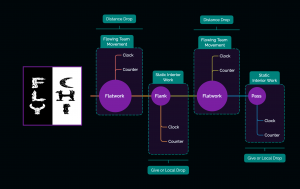 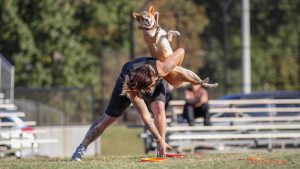 Many teams struggle with Disc Management. Whether it is struggling to create a routine or struggling to keep the routine flowing, Disc Management is a critical skill for competitive performance. I’ve written several pieces on this in the past, a few for Patrons Only, and this will be short and sweet for simplicity’s sake. Here we go. 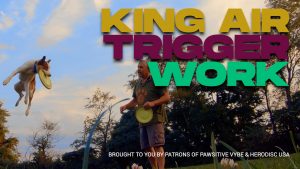 Working a Trigger with KingAir

King has been through this drill a few times, but we’ve been focused on Team Movement and his disc mauling problem. Breaking out the new guy and Epic to demonstrate some Trigger and Wait work provided a great opportunity to revisit this critical skill for this studly young man. 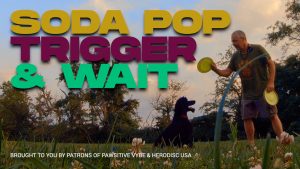 Ron & Soda Pop use the Flatwork Compass to install the Wait behavior and a reliable Trigger for action. 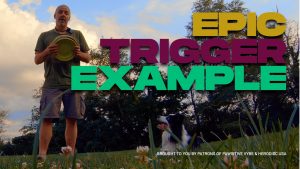 Ron & Epic demonstrate our standard Triggers for a catch, a Bite, flips, overs – and all of those skills are Triggered with the same mechanic. 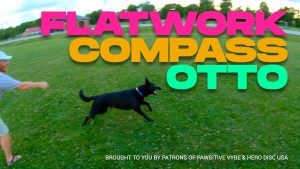 Kris & Otto work another round of the Flatwork Compass after some instruction on moving towards the dog and blocking the dog’s line with positional pressure. This is a critical aspect of disc dog flatwork that is required to control Team Movement and transition from exterior to interior play. 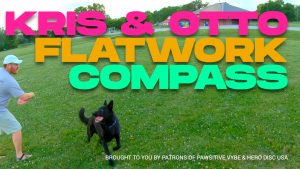 Kris & Otto work the Flatwork Compass in preparation for their first Fly Chi Flow form. The Flatwork Compass features prominently in Team Movement as a traffic signal of sorts for larger scale play and transitions from the Big Game of long throws and flatwork patterns and the Inside Game with the dog on top of the handler. 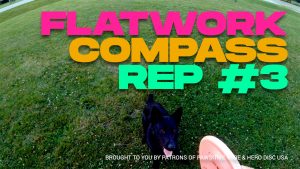 Reinforcing the Cued Drop with the Flatwork Compass

Ron & Otto use the Flatwork Compass as a framework for reinforcing the cued Drop and as a warmup for later sessions. 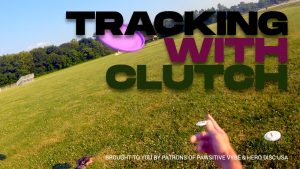 Tracking with Clutch | Solving Premature Ejumpulation with Upside Down Tosses

Clutch is a premature ejumpulator, otherwise known as an irrational leaper. He’s always launching off after a disc that’s 10 feet in the air or putting together a massive 5 foot high leap for a 6 foot target and flying underneath it. This is an affliction that affects many disc dogs. Well we’re giving him a treatment for his ailment. We’re gonna throw it upside down to him… 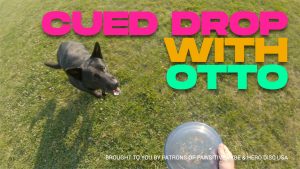 DiscDog Mechanics: Predict & Cue for the Cued Drop with Otto

A cued Drop session with Otto, a disc dog that drops far away from the handler. 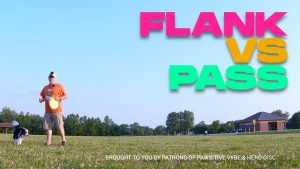 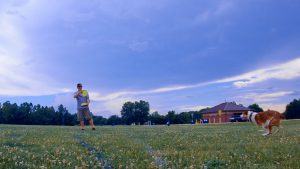 Communicating direction to a dog is a simple yet sensitive operation. It doesn’t take much to make a dog move. Whenever I teach someone to communicate with position and pressure they tend to “scream” with their body. Using large, gross movements, screaming with position and pressure desensitizes the dog to these small and precise signals and sets up a situation where the dog has to be screamed at to receive a signal. 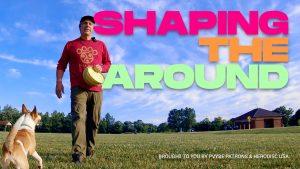 Shaping the Outrun | How to Adjust the Around

One of the things that gives handler’s fits while playing disc with their dogs is the shape and scale of the outrun on the Around behavior. Whether it is Throw N Go, freestyle or games, the way the dog leaves the handler on the around has great bearing on the game. 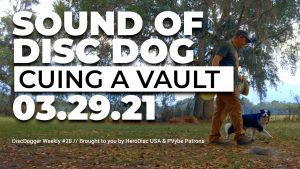 The Sound of DiscDog | Cuing a Vault

Ron & Epic warmup for some detailed vault work and demonstrate proper vault cuing in this Sound of DiscDog session on Clubhouse. The Sound of DiscDog is a series we run in the Pawsitive Vybe Club on Clubhouse, an audio only social network, that is designed to stimulate our listeners imaginations and draw attention to some of the missing elements of disc dog and dog training through visual consumption. Listening to training and jams can provide a completely different understanding. Give it a shot, listen to the audio below before watching the video. 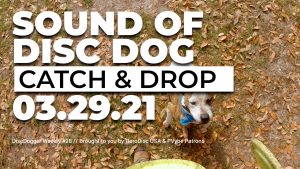 The Sound of DiscDog | Drop & Catch with Obi

Ron & Obi work on catching and dropping on cue through controlling the pace and energy level of the game during a Clubhouse Sound of DiscDog session in the Pawsitive Vybe Club. These audio only live training and QnA sessions are a feature of our community work on Clubhouse. This video and audio below are only my perspective, but there are a bunch of people listening on the other end lending their imagination and good questions to the session. 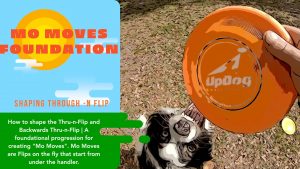 Not all dogs flip easily. Some dogs are very difficult to teach to flip. This technique can be very helpful for teaching a dog to flip. Check it out… 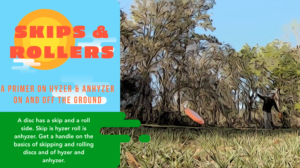 Class Excerpt | The Basics of Throwing a Skip & Rolling Discs

The ability to skip and roll a disc is the essence of control over the wing angle of a disc. A thrown disc has both a skip and roll side. The skip side is hyzer, the roll side is anhyzer. 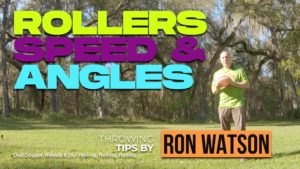 Ron explains how disc speed and release angle work in throwing Rollers with discs using the Backhand and SideArm releases. These throwing principles hold true with all Roller throws. 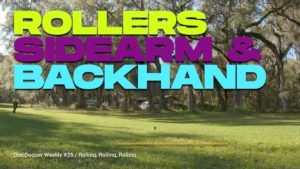 Ron lays out some throwing tips for the SideArm & Backhand Roller throws.