In this piece, we’re going to slow things down a bit, focus in real close, and isolate some standard disc dog moves to get a good look at the Separation concept. We’ll be using the UpDog Freestyle Showcase scoring system as a framework for this discussion.

Other categories from the UpDog scoring system, Flash (Dog), Drive (Dog), Team Connectedness (Team), and Catch (Dog) also can be impacted in similar manner, positively or negatively, by Separation.

These impacts on the various categories are not huge, we’re talking 1/4 – 1/2 point in UpDog or 1/2 to 1 point in 10 point scoring systems on similar categories.

And it is important to note that every trick doesn’t have to display huge separation, it’s often not possible given the speed and flow of the interior game. But if you want to be a Big Dog and get or give Big Dog scores, quality Separation should be part of the game.

The distance traveled by a well separated disc is greater than tiny little tosses, as is easily seen in the Epic video above. A 6-12 inch toss (15-30cm) is easier to make than a 1M toss (40 inches). Bigger flip tosses are harder to throw. Add in some wind and Separation on flips and vaults becomes a truly elite skill.

Distance is not just from hand to catch, either. Distance should take into account the entire flight path of the disc. The throw for the flip from the juggle at 1:40 in the video above was caught at the same distance as most of the flips, but if you measure the trajectory, it actually flew 8-10 feet (2-2.5M) from hand to mouth.

Likewise, well separated vaults often see the disc caught at a similar distance from the hand as a tiny little toss. Compare 3:50 and 4:07, and there are just a few inches separating the two. But if you compare the flight path of the disc in the two vaults, they’re not even the same sport: 20 inches max on the shorty and 40 inches (1M) on the well separated toss.

This is perhaps the most transparent and direct application of Separation in judging. It is, quite simply and factually much more difficult to throw discs 1-2 meters.

When someone does a good job of Separating the catch from their hand they should get some love in the throwing difficulty department.

Separation impacting Throw Placement & Flight, for good or ill, is kind of obvious in the definitional sense, but doesn’t seem to be so obvious in the practical sense. There are lots of places that discs get thrown and many of them get thrown in such fancy fashion that it overwhelms Separation in interior movements.

Everyone seems to be chasing the next cool throw, some fancy new sequence, or some fancy new way of delivering their vault or flip toss instead of developing elementary skills like Separation.

Judges seem to reward it, too. Just get a disc out of the hand in some fancy fashion and into the dog’s mouth cleanly while moving yourself or your team in fancy fashion around the situation, and you’ll be good. Scores and placements in most venues and the lack of discussion, execution, and foundational understanding reflect this reality.

Discs should fly like discs; they should hover and defy gravity. They should not fly like balls. When discs look and act like balls and you have to squint to find some daylight between hand and catch, throwing in general is not being executed at a high level. When evaluating players, be sure to give some attention and focus to separation. It’s not fair to compare beautiful frisbee flight to the uninspired flight of balls and pretend they’re both apples.

Top shelf scores for Throw Placement & Flight and throwing in general should not be attained by fanciness alone. How the discs are thrown and how they fly are important. Stuffing vaults and overs into the dog’s mouth at short distances is not the spirit of flying discs.

Throwing flips and vaults with decent Separation requires thoughtful, competent placement and far more skill than stuffing a 6 inch toss into the dog’s mouth on a vault or making flips happen with a tiny little toss. These higher level skills should be rewarded and reinforced in throwing scores.

If you want to see what collection & Control look like in flips and vaults, take a look at Eppie in the slow motion clips on the examples (0:25 | 1:23 | 1:45 | 2:45). Patience: not jumping the target or the trigger. Targeting: looking before he leaps. Executing: Making a complex, thoughtful catch. Control: Navigating the catch with an eye towards the landing.

Yeah, the shit is crazy, but it’s a controlled crazy. It’s crazy like a fox.

Separation on vaults, overs, and flips both challenges and highlights Collection and Control. It is a far more complex operation than flinging for a disc.

Separation on the vault is a necessity for both executing and demonstrating Collection and Control in the vaulting process. Executing for safety and succes’ sake, and demonstrating the skills to get a good score. The same is true on flips and overs.

The vault is localized collection – the essence of collection. A finite area in the obstacle, a predictable, close, and precise location of the target, limited speed, and simplified timing. There is a reason why many dogs vault well but don’t leap well on the run: vaulting is a simple operation compared to a running catch and it is easy to force Collection and Control. Get the dog moving, give him a trigger and stuff the disc in there. The over is similar, but the collection is not localized – that’s why they’re harder to teach if the dog isn’t a natural.

Take a look at these two tricks:

Which one is more difficult? More complex?

From all three perspectives: Dog, Handler, and Team – the top image is FAR more complex and far more difficult. This is the Hidden Athleticism of Separation, although it doesn’t look too hidden here.

Which one goes higher? Which one is more safe?

These questions are not at all clear cut, and there is tremendous misunderstanding regarding their answers. The answers are most likely exactly the opposite of what you think.

The image with Separation (top) yields a lower vault and a vault that is far more safe. Take a look:

I’ll throw up a couple flip pics to illustrate the same:

Which Flip is Harder?

Separation is a key aspect of how difficult, cool, and even how safe tricks can be. It should be rewarded and reinforced on the scorecards.

Scroll up and down this page and take a look at the pics. Check out the video again…

Separation is THE Hidden Athleticism of Interior Movements. It requires far greater athleticism to make well Separated throws than to make those tiny tosses.

But it is not just the physical throwing aspect where the athleticism comes in. It is in the knowledge required to place the target where it needs to be as well as the timing required to make it happen.

Throw in some wind and you’ve got more mental athletic gymnastics than you can shake 3 or 4 sticks at.

Separation on Interior Movements is a Hidden Athletic expression. It’s not going to earn a 4 to 5 stars in any category on it’s own, but it’s definitely worth a quarter or half a star plus or minus – a half point or point on the scale of 1-10.

And if you’re threatening a perfect score in any of the categories or sub categories, Separation ought to be featured in your game, because, you know, you’re getting kind of close to perfect. 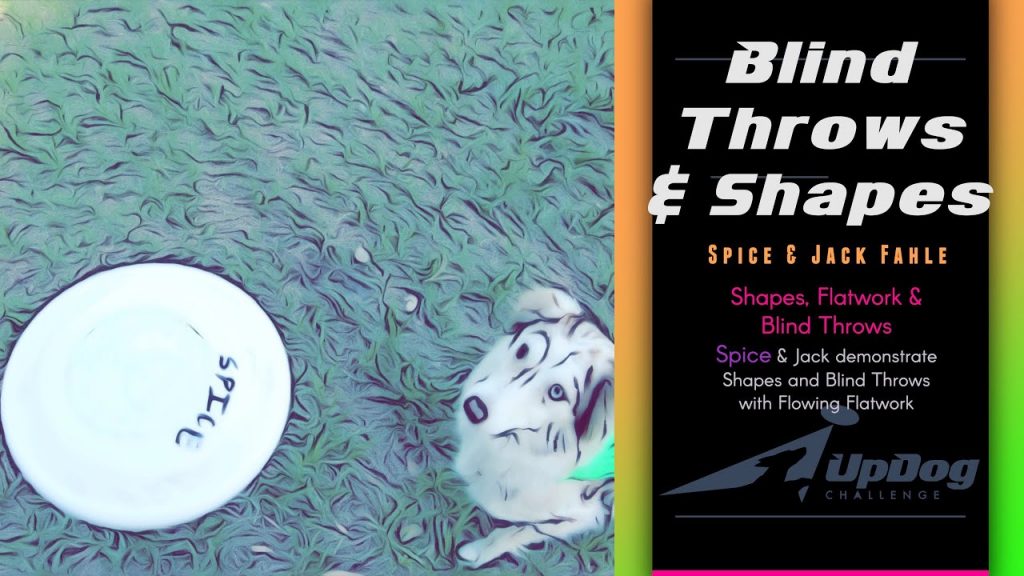 Flatwork, Flow, Shapes, Throw Placement and Flight, and Release Diversity all require and can demonstrate athletic ability. How these skills are demonstrated or performed may or may not have an impact on Athleticism and Showmanship.