Flash Jams – randomized sequences of tricks – not only deliver cool new moves, but they teach important lessons. Eppie and I did a Jam in a Flash session a few days ago that brought out this Thru to Heli idea.

We’ve been working with Jack Fahle and UpDog on their judging certification and Get FFFit program (Fab Freestyle Feedback) and a judging concept that comes up all the time is Ingenuity. It’s a rather tough to pin down subcategory of the Human element in the Freestyle Showcase. The Team elements Flatwork and Flow, also hard to pin down are represented in the sequence above.

What Exactly Is a Heli Flip?

Heli is a term I stole from David Bootes, a crusty old disc dog buddy from back in the day… He was, and hopefully still is a super creative jammer.

The Heli is a moving flip that happens on the flank. In addition to happening on the flank it releases or resolves to that same flank.

Become a Patron for Access to the Full Video Above

So the dog is moving in one direction, and while moving in that direction performs a flip and lands that flip to continue on in the same direction. Not sure if that’s how Bootes would define it, but that is the concept I remember robbing from him.

Helis work on clock and counter.

Heli-Out | Flip = Opposite Direction as Flank

The Heli-Out is similar to the Rear Cross, with the dog’s head turning away from the handler for the catch and the flip happening in the opposite direction as the Working Flank.

Become a Patron for Access to the Full Video Above 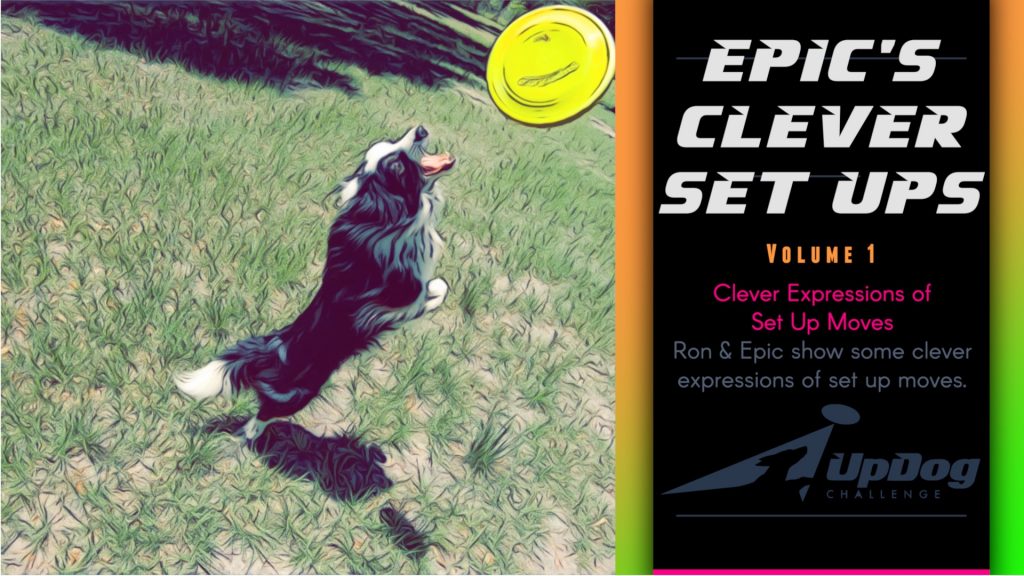 Interior Flatwork | Thru to Heli | Moving Flips on the Flank