The DiscDogger's Toolkit is a desktop learning application being developed by Ron Watson & Steve Donohue on the sport of canine disc. 3+ Hours of vide…

In January, our landlord sent us an email notifying us that she would be putting the PVybe Farm back on the real estate market. Talk about freaking ou…

A Fish is a move where we toss a disc for your dog to catch and remove it from his mouth before he hits the ground. It's a great skill for routine bui…

Ron February 23, 2011
2 Comments
Work on building a routine with cookies. Whether it's drive reduction for clear thinking or creating a walk through type situation for routines...

Ron February 19, 2011
1 Comment
How do you teach a high drive dog to Wait? Teach him to Bite on cue. This bitework lesson is about creating a wait with a Bite Cue.

Flag and Flash Cuing is a cuing system developed by Pawsitive Vybe for teaching dogs to leap over and off of their handlers. The quick and dirty Over …

Ron February 18, 2011
13 Comments
A video on Bitework Rule # 3. If you're getting bitten by your dog during play this is a must watch. 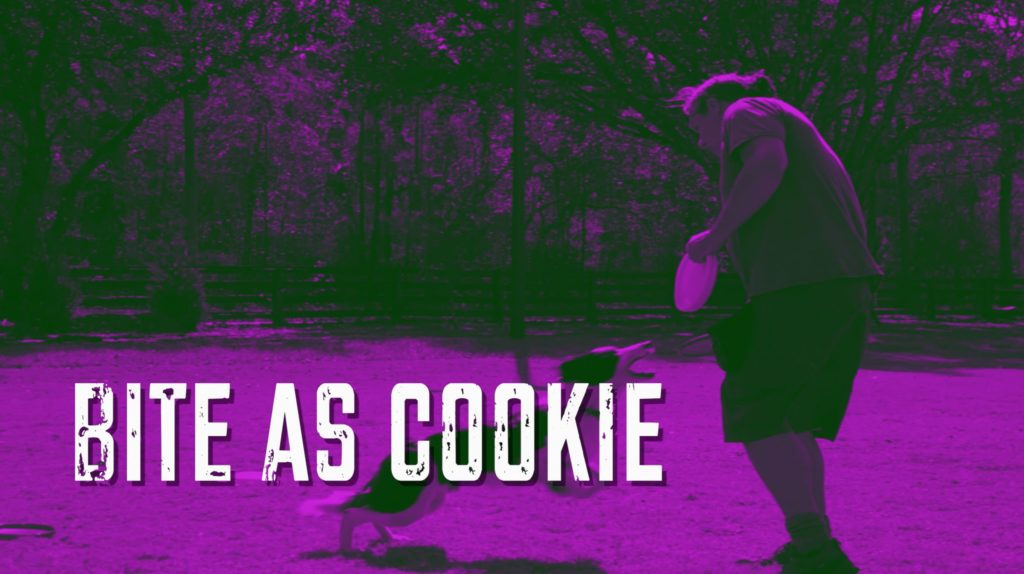 When a Bite is offered as a cookie the dog has earned the right to attempt to Bite that object. It's a very empowering experience. The dog learns that…

Most of the behaviors that we create with our dogs are really chains of small concepts and chains are only as strong as their weakest link. Dog traine…

Sometimes when dogs are learning the game of bitework, they can really tear the disc out of your hand after you ask for the Give. Here's a simple vide…

Ron February 7, 2011
2 Comments
A zoomed out look at the game of Bitework focusing on creating an Infinite Reward Loop where every thing the dog does is successful and creates more o…

The Consequent Game is an infrastructure of communication for learning through play. Performance of target behaviors is tied to energy levels...